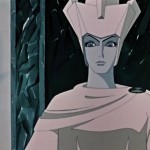 Aug 20, 2020 at 9:05 am
Hey (￣ｰ￣)ﾉ. To begin with, thank you for so many updates. They help us a lot and give us a new experience in the game. Now to my suggestion .. could you review the Diamonds upgrade system. As it is a hard-to-get resource, it is a pity to waste it on a useless percentage. Your diamonds are gone, but you don't feel profit from what you did. As the level increases, it becomes more difficult to get them and the game very often becomes boring .. (you have to wait for chests with ads) this is the only way to farm. It is also probably difficult for new players to decide on the management of diamonds for upgrades ... and have to focus on one thing. But then you realize that it was useless. After all, you received a 2% almost useless chance for a large amount of diamonds. Bottom line: there is no flexibility for improvements and no flexibility in player decisions. It would be cool if there were different strategies for improvement, such as emphasis on stars or emphasis on hyper-fusion. But in the current realities you have to foolishly take lvl. equipment of a specific character. Thank you for your attention. This is just my opinion, so I will hear yours too. (╭ರᴥ•́)
Like Reply 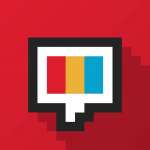 Killum
I see this explains alot (cooldown issue) Yes i have had very bad luck with that hunter gear, so he...

I've been playing with the data of rankers, including you, all day long today. Then I decided not to modify it.

You'll enjoy the secret dungeon the same way you used to. The purpose was good, but It wasn't right to give pain to a player who played hard like you.

Instead, I think it was a good try because I found the right balance based on the player challenging the best record.

As a result, it's easier than before. Because it was so hard before... ;)

NANOO GAMES
I've been playing with the data of rankers, including you, all day long today. Then I decided not to...

Thanks alot for taking the time checking all this out :D i hope you had fun also haha,

I think it is better this way !

However i also thought about another idea that would make people fight higher level secret dungeons rather than lower levels,
Just make them offer more rewards, example 11-20 2 nightmare gems, 31-40 4 nightmare gems, and soon... 141-150 15 nightmare gems,
And same for entry price, set it to the according level reward (1-2 1 gem, 3-4 2 gems... (Or begin with 5, since the nightmare unlocks at stage 50)

For that you would also have to multiply the package reward with (playerlevel/10)/3, and also give half or 3/4 of player current nightmare gems * current level /10 for fairness,
I think it would make much more sense and motivate players to do higher secret dungeons,

I dont know if it all makes sense or if there is a mistake in my formula, ihope it helps oor gives you an idea :D !
Like Reply